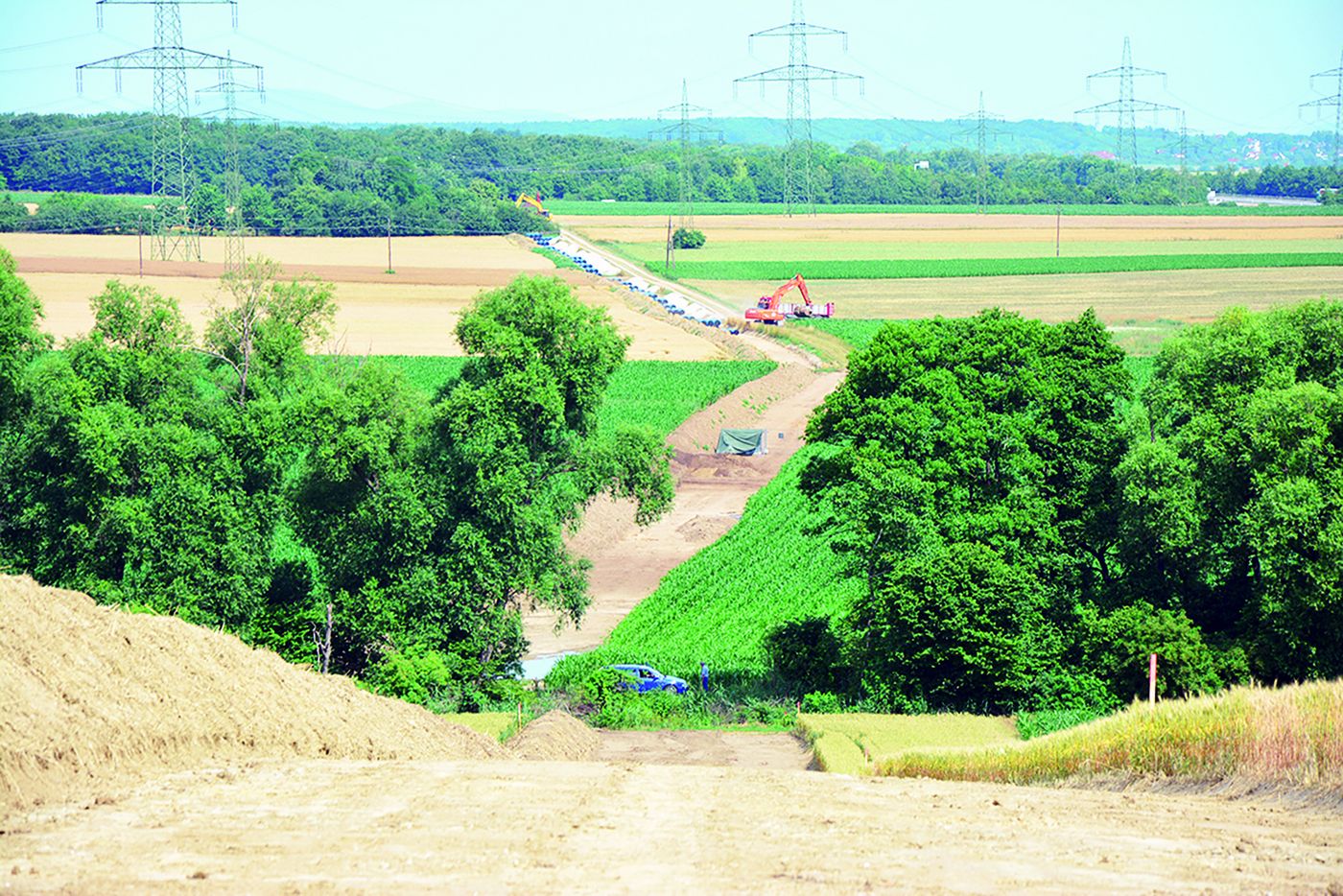 Making a splash in the border triangle.

The cross-border region between Vienna, Eisenstadt, Sopron, Györ and Bratislava is home to rapid and dynamic developments in society, economy and tourism. The EU project “Aqua Burgenland Sopron” was launched to ensure that this area’s drinking water needs will also continue to be met in future. The first stage of the project runs from Neudörfl to Rohrbach bei Mattersburg.

The drinking water pipe was built using an open-cut method. A need for marked high and low points meant that the specified longitudinal section had to be very closely followed: The pipe was laid at depths varying between 2.2m and 6m.

Before the actual construction work began, cautious removal of the topsoil from the pipeline route, one layer at a time, facilitated an archaeological investigation. 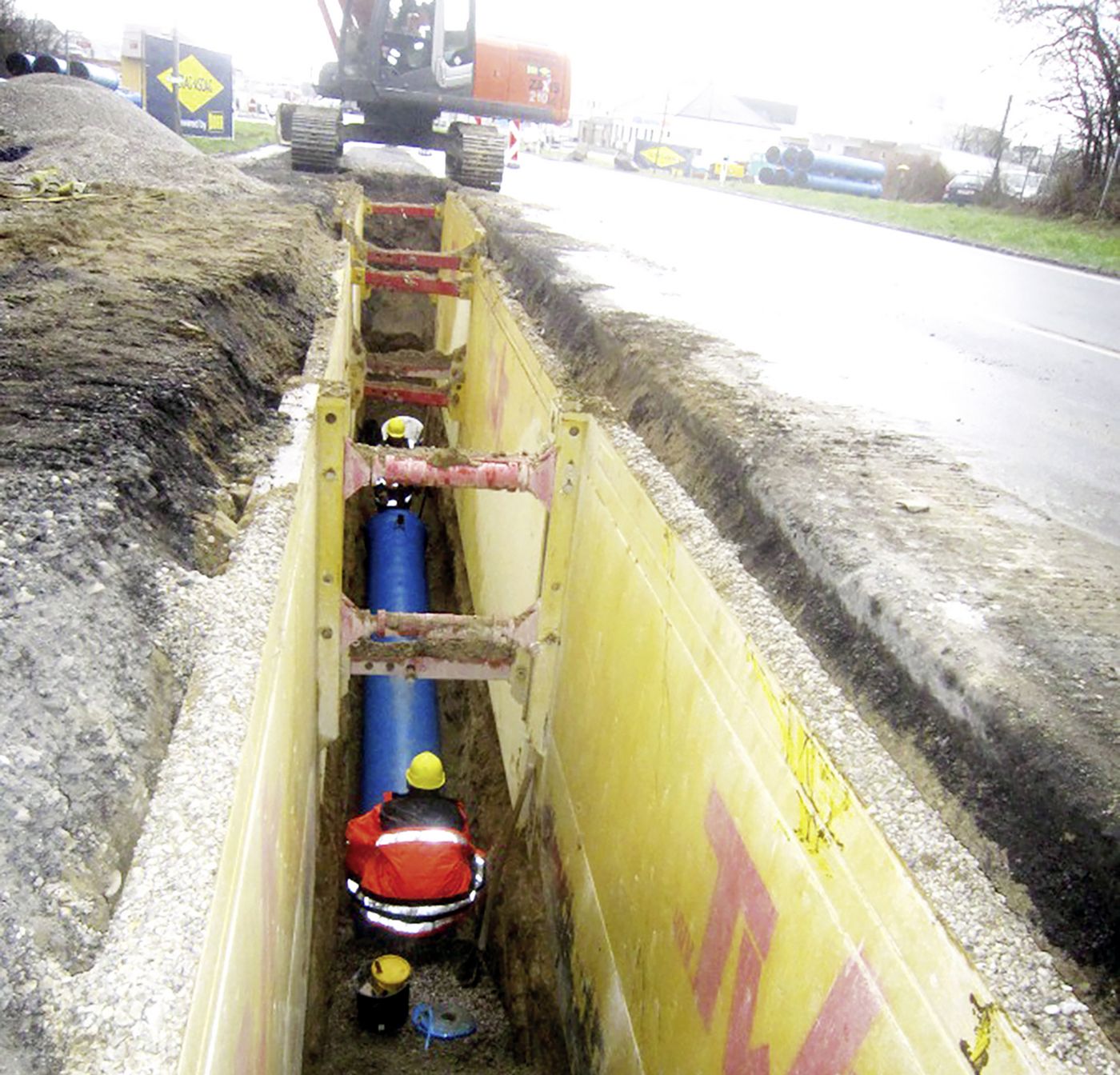 A total of 23,360m of cast iron pipe was laid at depths from 2.2m to 6m in the Neudörfl to Rohrbach section, to be used for the Aqua Burgenland Sopron drinking water pipeline.

Print project
Back to overview