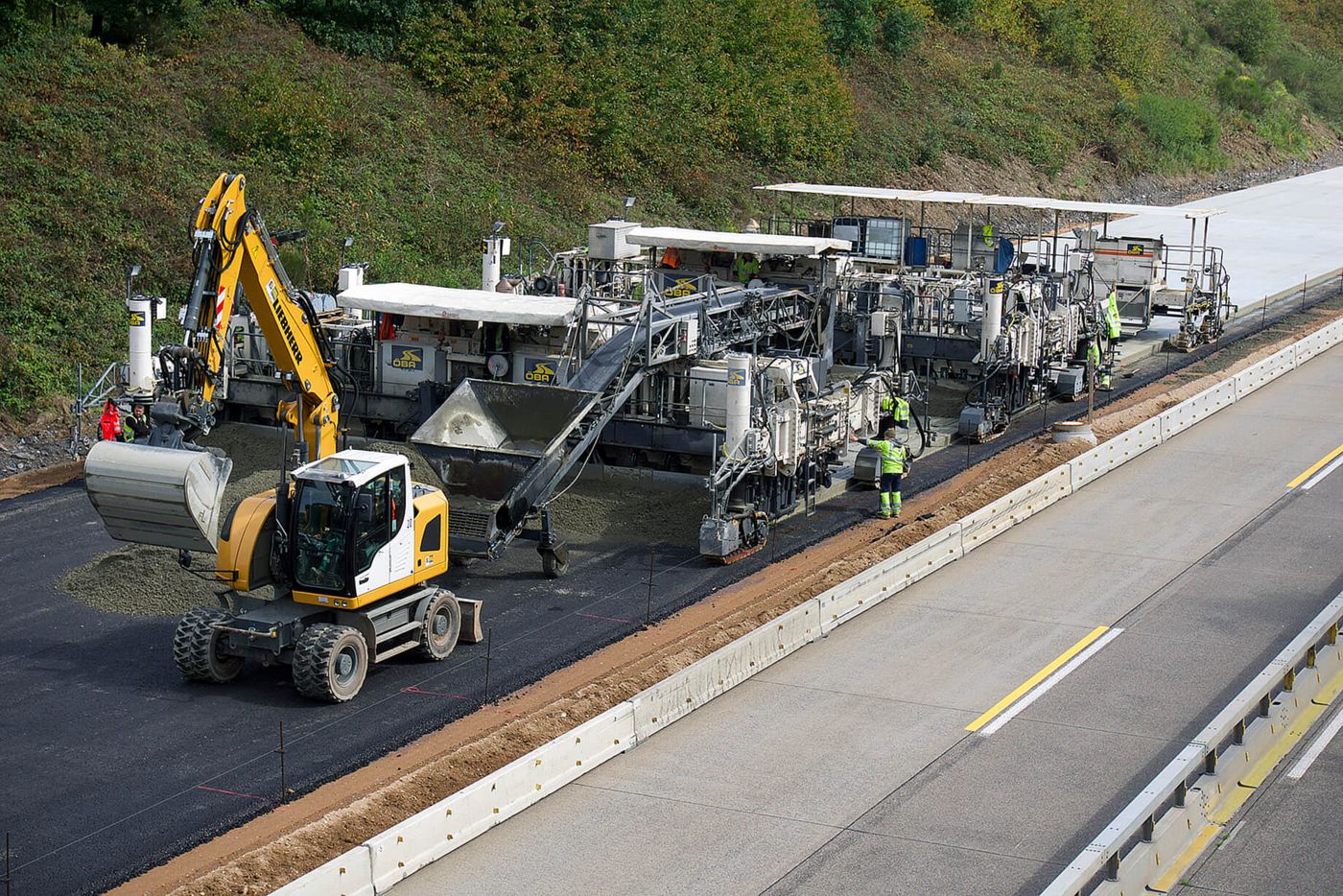 All services performed by ÖBA.

The approximately 7km-long section of the A1 motorway between Mehring and the three-way intersection at Moseltal was in need of a general overhaul. The project was awarded to ÖBA and comprises a two-layer, two-part concrete slab with an exposed aggregate concrete surface structure, approximately 55,000m² in size. One particular challenge was posed by the longitudinal and transverse gradient of up to 6%. In addition, 20,000 running metres of joints and 1,800 running metres of monolithic curbstone with integral gutter were produced using slipform construction.

ÖBA’s SP1500 paver unit and secondary processing vehicle create a flawless concrete slab on the A1 motorway between Mehring and the three-way intersection at Moseltal.

Completing the first steps for a motorway service station.

Slipforming monolithic curbstones with integral gutters is one of ÖBA’s core competencies.