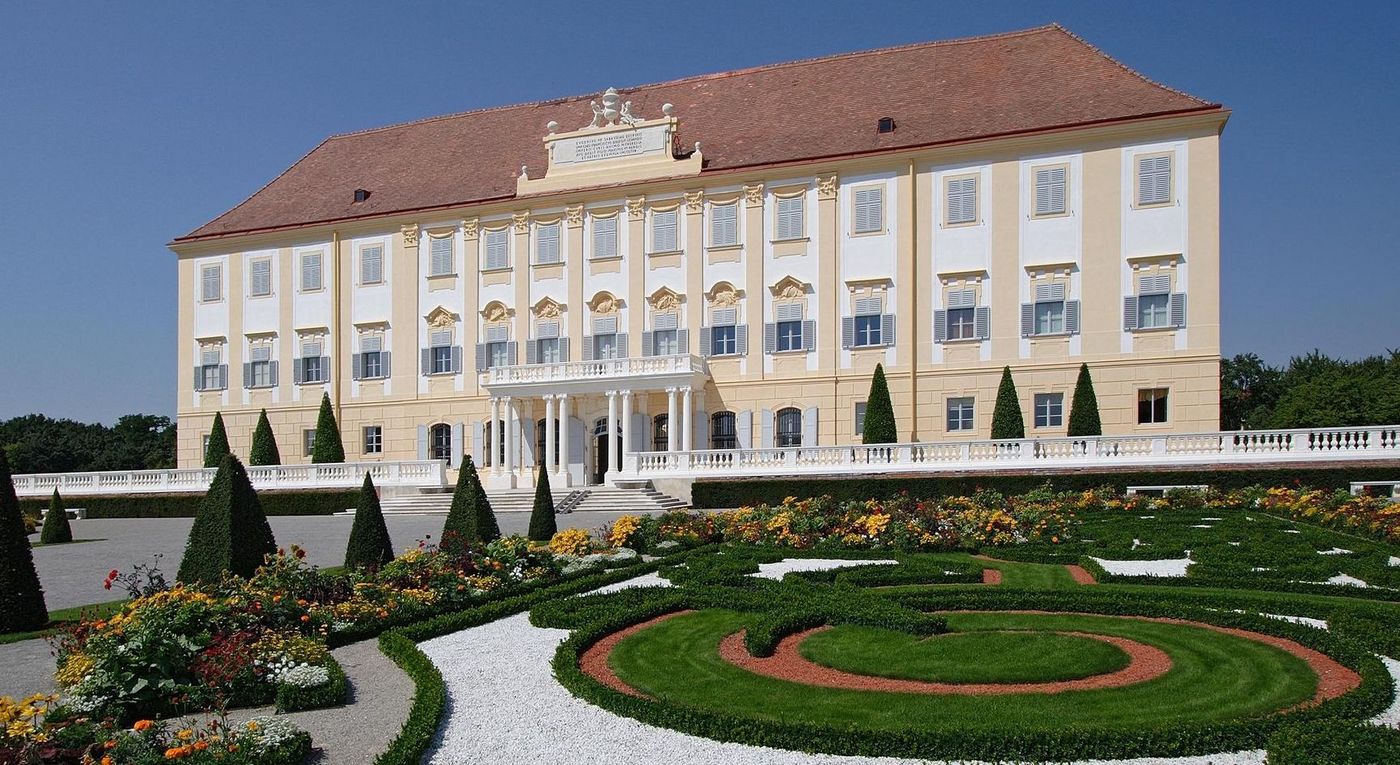 A Baroque castle restored to its former glory.

The Baroque Schloss Hof in Marchfeld, Lower Austria, was renovated in several construction phases between 2004 and 2011. This involved revitalising broad swathes of the castle and reopening them to the public.

Strict requirements and directives issued by the National Heritage Agency had to be upheld during the renovations of the building’s historic fabric. This required comprehensive planning work and a great deal of knowhow in dealing with historic buildings. Finally, the historic building from the early eighteenth century had to be fitted with state-of-the-art technology, without compromising its Baroque flair.

PORR’s work package on this project comprised uncovering and restoring historic stucco ceilings, as well as building a new castle cafe, bathroom facilities made of glass partitions and fair-faced concrete dividing walls, converting the former dairy, and restoring the facade with lime putty – at 10,000m2, this happened to be Austria’s most comprehensive restoration with lime putty once the works were completed.

Another special feature of the project lay in restoring the Baroque fountains. The Neptune and Naiad fountains, the small cascades and the castle’s fountains with strong jets now all have water running through them and transport the castle’s visitors back to the property’s heyday. The two orangeries and the castle gardens, which the PORR teams also restored to their original Baroque state, also contribute to the overall authenticity.

The exceptionally well-renovated castle is a popular destination