In the summer of 2017, ÖBA, which has been active in the German market with its Munich subsidiary since the end of 2016, was awarded a contract for the A93 motorway between Rosenheim and Kiefersfelden: the construction of the approximately-6km-long section between the three-way intersection at Inntal and the Reischenhart junction.

The new concrete slab, manufactured using slipform construction, extends over roughly 62,500 m². It is 12 to 15 m wide and 26 cm thick. Artificial turf was used to produce its surface structure: a total of around 20,000 running metres of joints were cut and sealed using a cold-sealing compound.

The company’s own construction site mixing equipment, with an average mixing capacity of 200m³/h, provided around 17,500m³ of road concrete for this project.

Getting there, piece by piece.

The construction joint has been prepared and now the concreting work can begin. 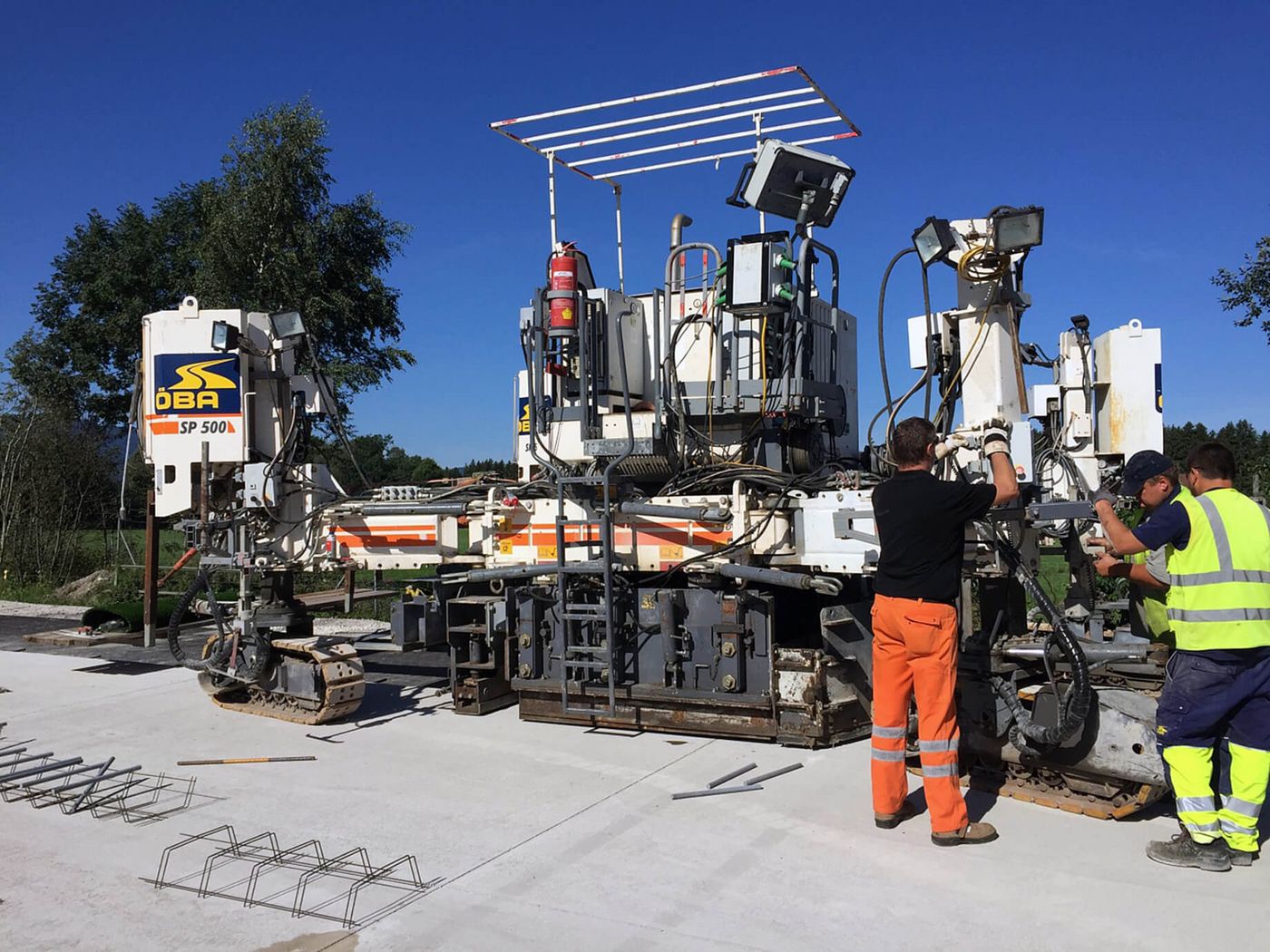 The fully-assembled Wirtgen SP500 slipform paver demonstrates its abilities: producing the hard shoulder near the three-way intersection at Inntal. 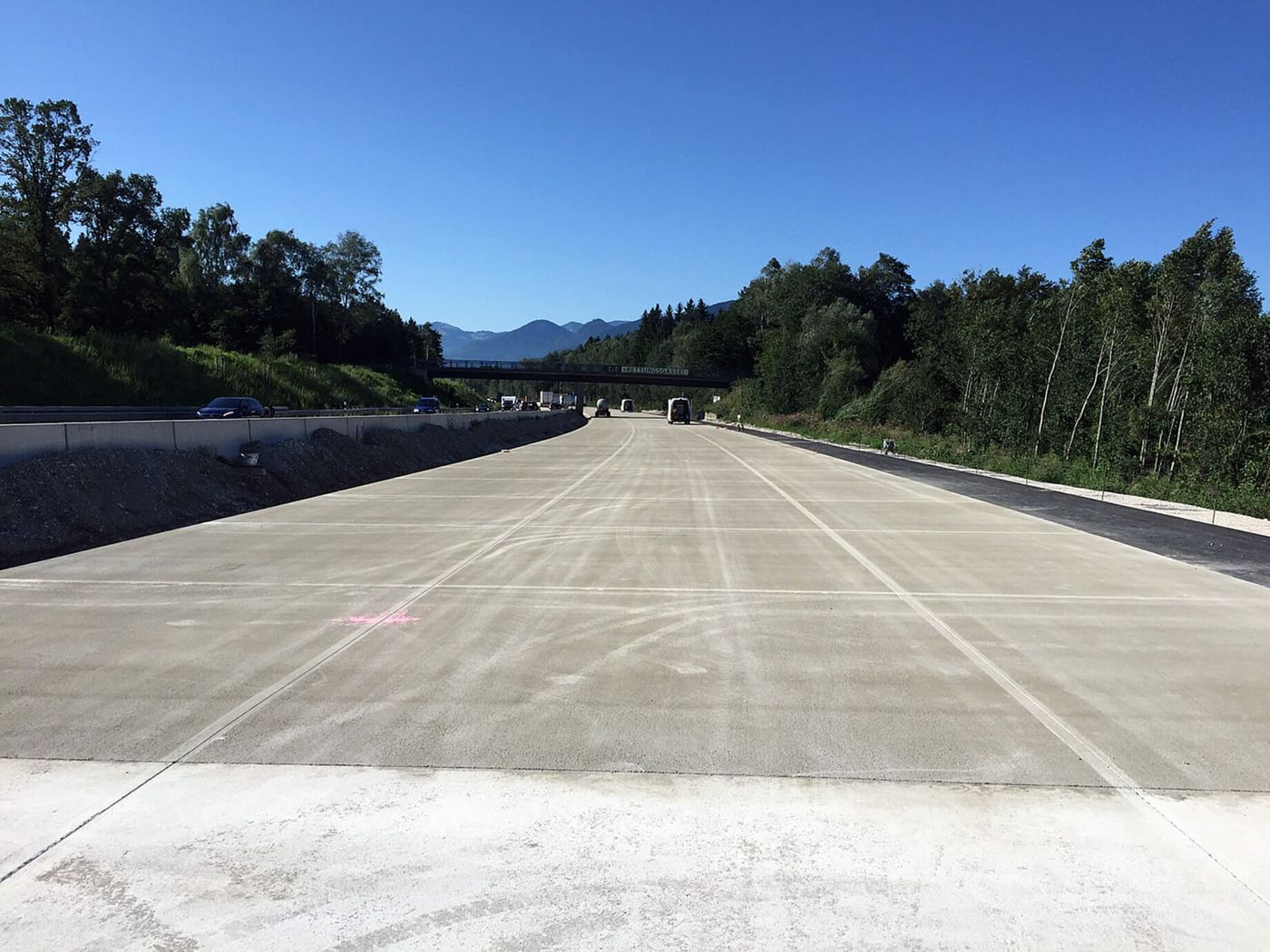 The foundations have been laid.

The surface of the approximately 62,500 m² concrete slab was textured using artificial turf. 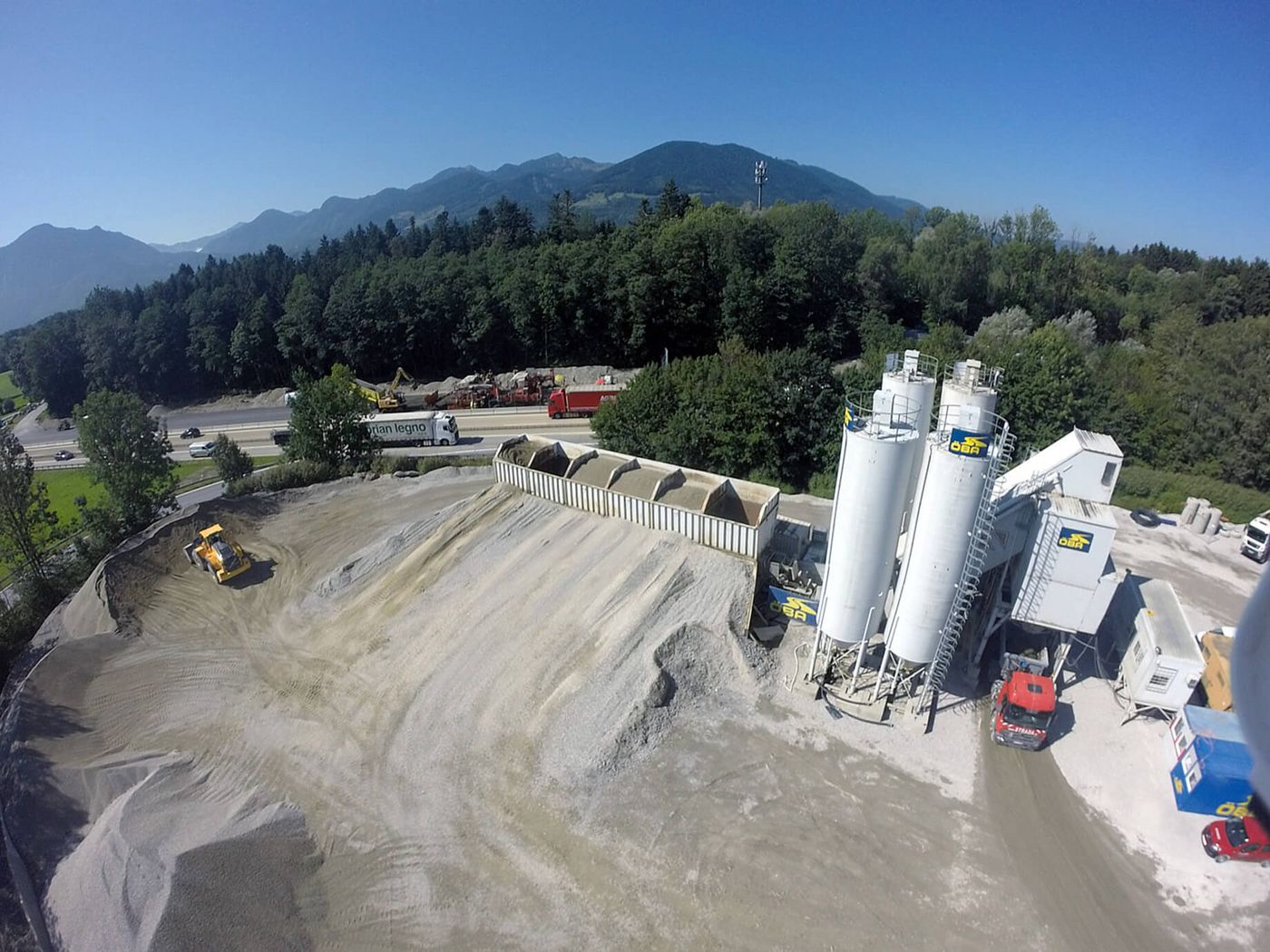 ÖBA’s infrastructure has been perfectly set up on-site to guarantee efficient work and rapid completion.